On this “Face the Nation” broadcast moderated by Margaret Brennan:

Click here to browse full transcripts of “Face the Nation.”

They launched their assault on the U.S. Capitol with impunity, livestreaming their crimes and posing for photos as they breached the building’s perimeter and threatened the democratic process. Now members of the pro-Trump mob are arguing they shouldn’t be held to account.

Speaking through defense lawyers or in interviews, the alleged rioters argued they did nothing illegal. They couldn’t have been trespassing, they say, because they entered the Capitol at the “invitation” of President Trump, following his direct orders. Capitol police also held the doors open for them, they assert, basically ushering them into the building’s hallowed halls. Even so, knowing that time is running out on Trump’s presidency, they are also making a last-minute case for clemency to avert prosecution, appealing to the man who allegedly incited them to act.

“I would like a pardon from the president of the United States,” said Jenna Ryan, a Texas real estate agent charged in the storming of the Capitol, in an interview with CBS News late last week. “I think that we all deserve a pardon. I’m facing a prison sentence. I think that I do not deserve that.”

Adam Newbold, a retired U.S. Navy SEAL, told ABC News that he was seeking “clemency” after posting a Facebook video boasting about “breaching the Capitol,” which brought FBI agents to his door for an interview.

“I would like to express to you just a cry for clemency, as you understand that my life now has been absolutely turned upside-down,” Newbold said.

An attorney for Jacob Chansley — the man who entered the Capitol wearing horns and carrying a spear — said on CNN that his client also deserved a pardon, as he was only in the Capitol because he had “hitched his wagon” to Trump and felt he was answering a “call” from the president to go there.

“The words and invitation of a president are supposed to mean something,” said the attorney, Albert Watkins.

Trump had called his supporters to the National Mall on Jan. 6 for what he said would be a “wild” protest, a continuation of his months-long falsehood-filled campaign to overturn an election he lost. He then egged them on during a rally speech to head to the Capitol as Congress was counting electoral votes for Biden. His actions led House Democrats, joined by 10 Republicans, to impeach Trump last week, making him the first president to twice face that sanction. Lawmakers said he incited the mob attack, setting up a Senate trial that will take place when Biden is president. Biden is set to be sworn in on Wednesday.

Although the prosecutions are in their early stages, scholars and legal experts say the alleged rioters’ early pronouncements — that their fealty to Trump should get them leniency in return — reflect a deeply rooted sense of entitlement among many supporters of Trump, who for years has projected a swaggering disregard for his own legal troubles and a penchant for pardoning his confidants.

“Impunity is in some ways kind of the defining feature of Trump as a public personality and of the Trump presidency. He has taken impunity to an art form,” said Brian DeLay, an associate professor of history at UC Berkeley.

In both his impeachments, in the special counsel probe into Russia’s interference in the 2016 campaign, and in case after case in which associates have been charged and convicted of crimes, Trump has telegraphed to his supporters that he — and they — are beyond reproach, castigating investigations as witch hunts or hoaxes.

“Impunity is something that has been baked into Trumpism from the beginning,” DeLay said, “and so it’s not surprising to me now that the people who consider themselves his followers are saying, I think in a pretty authentic way, ‘Surely you’re going to get us out of this. You asked us to do it, we did it, and impunity is how things work.'”

The alleged rioters’ hope may not be entirely misplaced.

Trump has used his clemency power almost exclusively as a political tool to reward supporters. His first pardon went to Joe Arpaio, the former sheriff of Arizona’s Maricopa County, who was held in contempt of court for refusing to stop racially profiling Latinos. The following year, at the urging of Kim Kardashian, he commuted the sentence of Alice Johnson, who was serving a life term for a nonviolent drug offense. He later pardoned Johnson after she supported his reelection campaign.

Overt appeals for clemency have been welcomed by Trump. He’s come to the aid of accused and convicted war criminals after their supporters or lawyers have made pleas for help on Fox News.

It’s unclear if Trump is considering pardoning any of those who breached the Capitol’s security. The Department of Justice said in a statement that its Office of the Pardon Attorney “is not involved in any efforts to pardon individuals or groups involved with the heinous acts that took place this week in and around the U.S. Capitol,” although the president has typically circumvented the normal procedure for weighing clemency.

Steven Levin, a former federal prosecutor and military judge who is now a criminal defense lawyer, says he thinks it is unlikely Trump will pardon the rioters. Doing so, he said, “would be further evidence that they were doing his bidding.”

Despite their protestations that the president urged them on, the defendants are also likely to fail in court because an invitation to commit a crime is not an excuse to do it, Levin said.

To make his point, Levin — who is not representing anyone accused in the riot — compared the siege of the Capitol to a bank robbery.

“You can’t really make the argument that, ‘Hey look, the bank president invited me in with my friends so we could take money from the vault.’ That doesn’t make it legal,” Levin said. “No jury is going to find that argument sympathetic or, frankly, even reasonable.”

Some of the accused also have claimed that they didn’t break into the Capitol but were let in by police.

Watkins, the attorney for the spear-wielding Chansley, argued on CNN that Chansley “did not break into” the building but “had the doors to the Capitol held for him by Capitol Police.”

Thomas Robertson, a Virginia police officer, made a similar assertion to investigators in trying to explain why he entered the building, according to court papers.

Levin said such arguments were almost certain to fail. Police officers who feared for their own safety and were overwhelmed by the sheer size of the advancing crowd had legitimate reasons for not attempting to halt the intruders.

Levin said defendants — particularly those charged with unlawful entry, especially those who know images of them in the building are out there — would “be wise to negotiate a deal” as soon as possible.

Today on “Face the Nation,” the nation’s capital is an armed fortress as America anxiously awaits the next 72 hours. 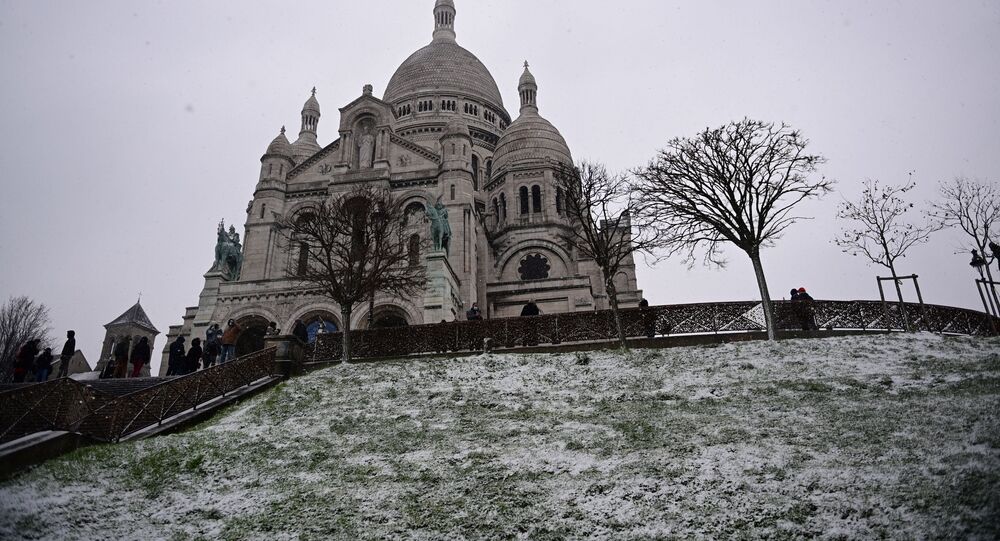